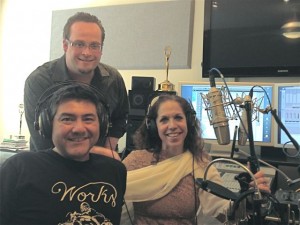 MARINA is joined by Executive Board Member with the Public Health Association of NYC Michael Hernandez. Michael is also a NYC based actor who has been seen in films and on television that lost 25 pounds with MARINA. In addition, on mic, is regular side kick Brandon Osborn a New York City based actor/singer who has lost over 60 pounds with MARINA!
Listen to the Radio Show