Enjoy this “Musical Health Talk” Video Broadcast Musical Interview with Marina Kamen & Natalie Douglas as we get you moving to the Beat! From NYC to London and around the globe, critically acclaimed Natalie Douglas is a pro in every sense of the word. An energetic, fun & motivating program, we promise to get you on up and moving as you watch or simply bop along with us for your Musical Health! We will take you on an “edutainment” journey of the music industry and the fascinating entertainment career history of Natalie Douglas while she lets you know about her upcoming projects and most recently recorded CD release.

Called, “a true force of nature,” and “in a league of her own” by Clive Davis of The Times (UK) five-star reviews of two London appearances, Natalie Douglas is a Nightlife, Backstage Bistro & seven-time MAC (Manhattan Association of Cabarets and Clubs) Award Winner and recipient of the Margaret Whiting Award from the Mabel Mercer Foundation. Natalie’s portrait also hangs on the legendary Birdland Jazz Club Wall of Fame.

Her musical celebrations of Nina Simone, Lena Horne, Nat “King” Cole and Dolly Parton as well as shows about Cafe Society, the Music of the 70’s, Freedom Songs, and gospel influenced jazz and blues have had on their feet clapping long, loudly and yelling for more. In February, Natalie enjoyed her fourth weeklong run in three years at her London concert home, The Crazy Coqs .

Natalie’s albums – “To Nina…Live At Birdland”, “Not That Different” & “Human Heart” are available on iTunes, Amazon, Spotify and GooglePlay. Her much anticipated third album was just released in March 2016. She also appears on Fine and Dandy for PS Classics and Broadway By The Year: 1940 on Bayview Records. She is a great favorite of broadcasters and her music is often featured on NPR and Sirius XM Radio & BBCLondon Radio.

Natalie has a Bachelor’s Degree from USC in Theatre and Women’s Studies and holds a Master’s Degree from UCLA in Psychology and Theatre. For more information about Natalie Douglas, please visit http://www.NatalieDouglas.com. 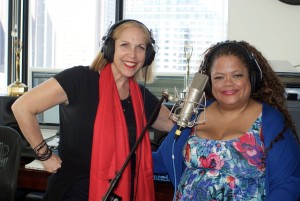