Marina Kamen’s “Musical Health Talk” with Grasan Kingsberry from The Color Purple – The Musical on Broadway! 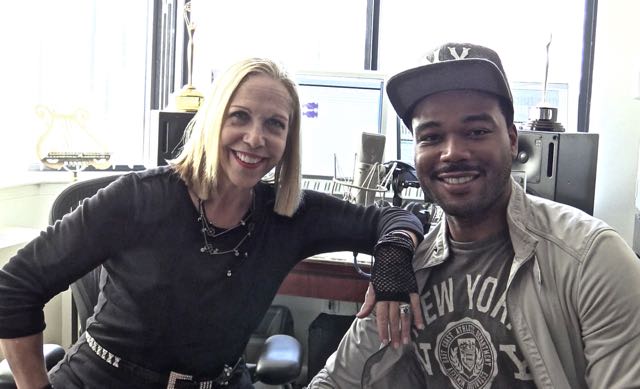 Marina Kamen with Grasan Kingsberry from The Color Purple, The Musical On Broadway

Grasan Kingsberry holds a Degree from Juilliard School in Dance and is now appearing in The Color Purple – The Musical starring Jennifer Hudson, Cynthia Erivo & Danielle Brooks. This latest version of The Color Purple has been Produced by Oprah Winfrey, Scott Sanders, Roy Furman and a group of seasoned industry vets. Book by Marsha Norman, Music & Lyrics by Brenda Russell, Allee Willis & Stephen Bray all under the Direction of John Doyle.

This is Mr. Kingsberry’s 10th Broadway show and he was an original cast member of The Color Purple in 2005. Other Broadway Original Casts include: Motown, Nice Work, Leap of Faith, Catch Me, Dirty Rotten, Aida. Regional : One Night in Miami (Sam Cooke/Center Stage), DreamGirls (Curtis/NorthShore & National Tour). TV/Film “Royal Pains, “Smash”, “All My Children” and “I am Legend”.

Grasan Kingsberry came to the attention of Kamen Entertainment Group, Inc. and Marina Kamen through another Graduate of the Juilliard School, Mr. Jason Reed. Mr. Reed is the Creative Director of REACH, a non-for-Profit affiliate of The Carlisle PA Youth Ballet Company.
http://www.reachusainc.com

The merger of Music, Dance & Health captured Mr. Kingsberry’s attention to appear on MARINA’s Musical Health Talk as a result of Marina Kamen’s 100 pounds weight loss and her connectivity between the worlds of dance, music & fitness. Mrs. Kamen has lost 100 pounds and was trained at The Manhattan School of Music. She is an award winning vocalist, musician, Director & Producer in addition to co-owning Kamen Entertainment Group, Inc which has received over 140 Industry awards since opening in 1987. Partners with her husband Roy Kamen of 33 years, they have produced over 20,000 TV & Radio commercial, Live Events and Theatrical Projects. Together they have 3 grown children ages 22, 24 & 29.